The Blog Before & after: The power of staging

Before & after: The power of staging

They say a picture says a thousand words and that couldn’t be truer when it comes to one of the homes that The Perth Property Co. staged last year. Located in Como, this home had been tenanted for six years before we were engaged to overhaul it and prepare it for sale. The extraordinary end result would test even the most diehard staging sceptic. 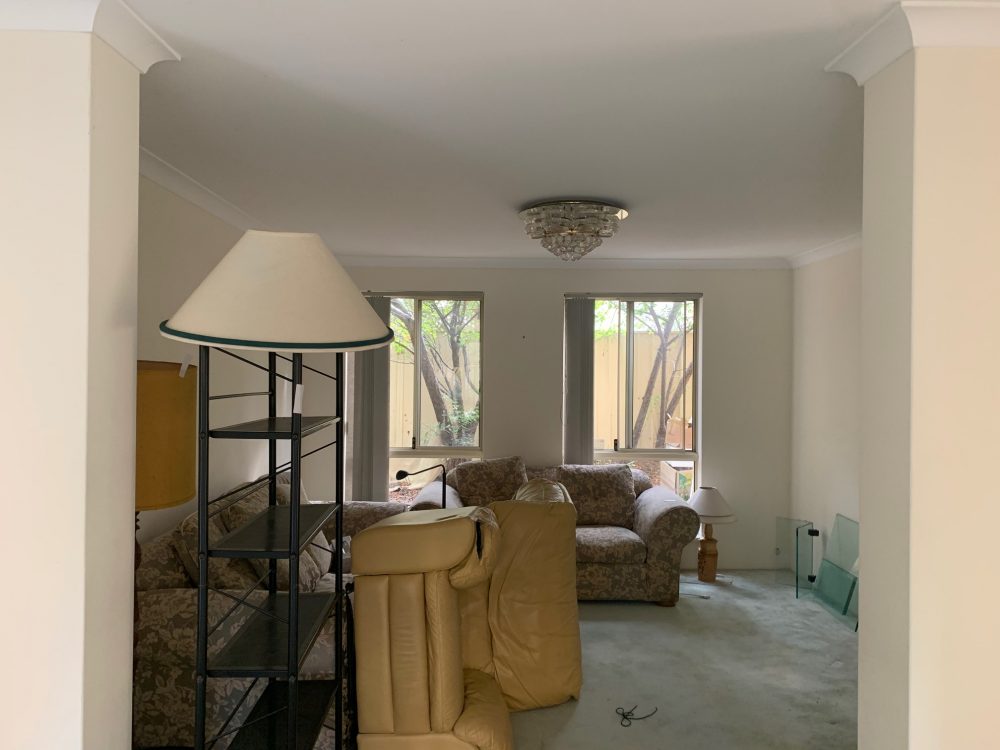 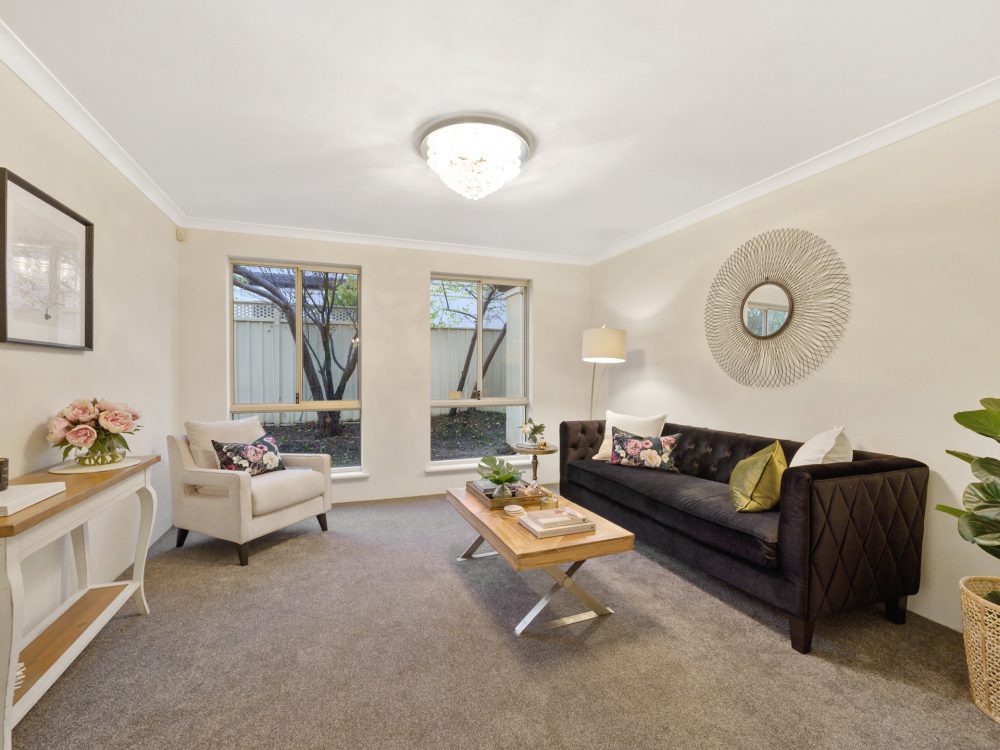 AFTER lounge. What a transformation!

The owner, an investor, gave us a budget of $20,000 with which to bring the house up to a liveable standard. To say it was in a state of neglect would be an understatement; problems were many and varied and included soiled carpets (largely due to the coterie of cats that lived in the home), broken light fittings and a roof that needed repairing. 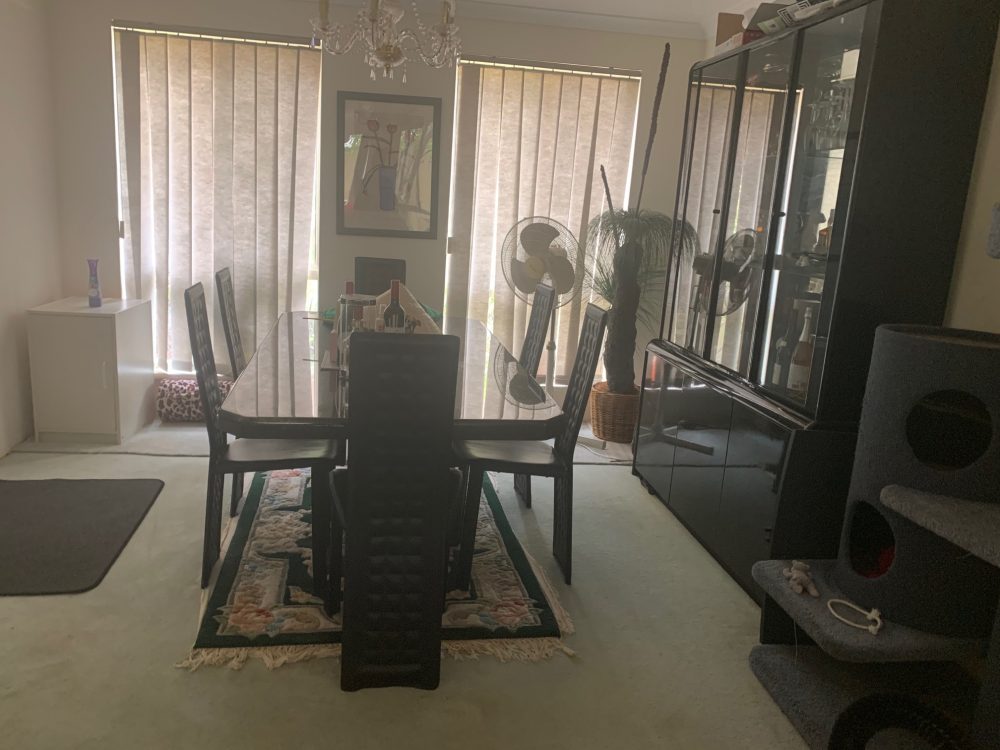 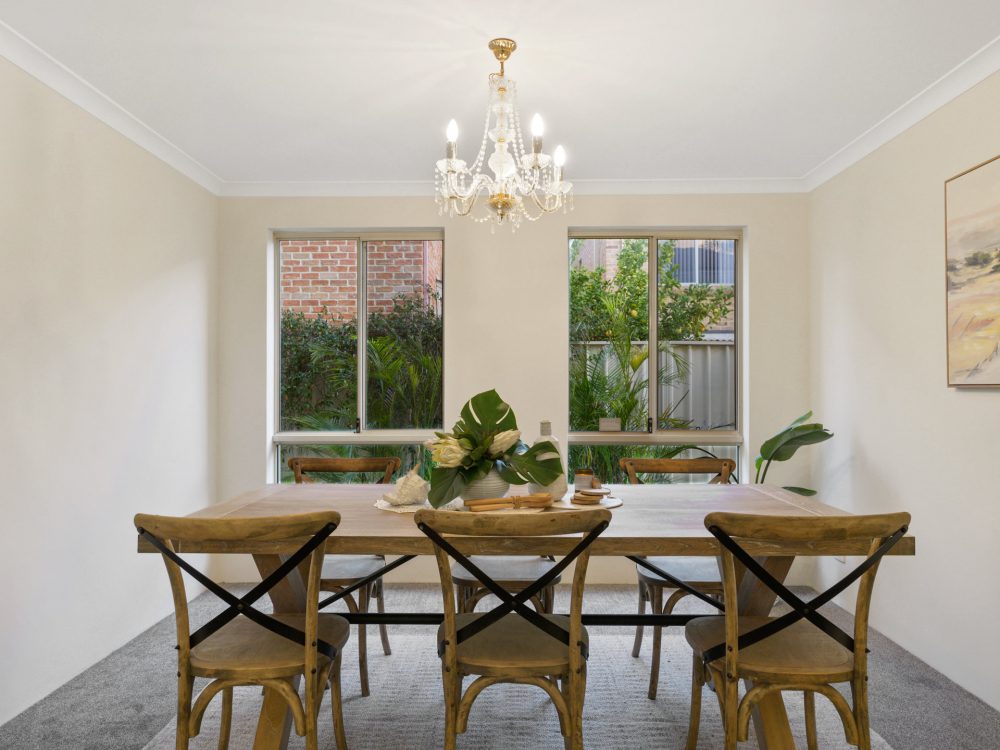 First up, we engaged removalists to clear out the contents of the house because it had been leased partially furnished. Next up, we organised a professional deep clean of the home. As an aside, we had to wear gloves and masks just to manage the germs and the smell! 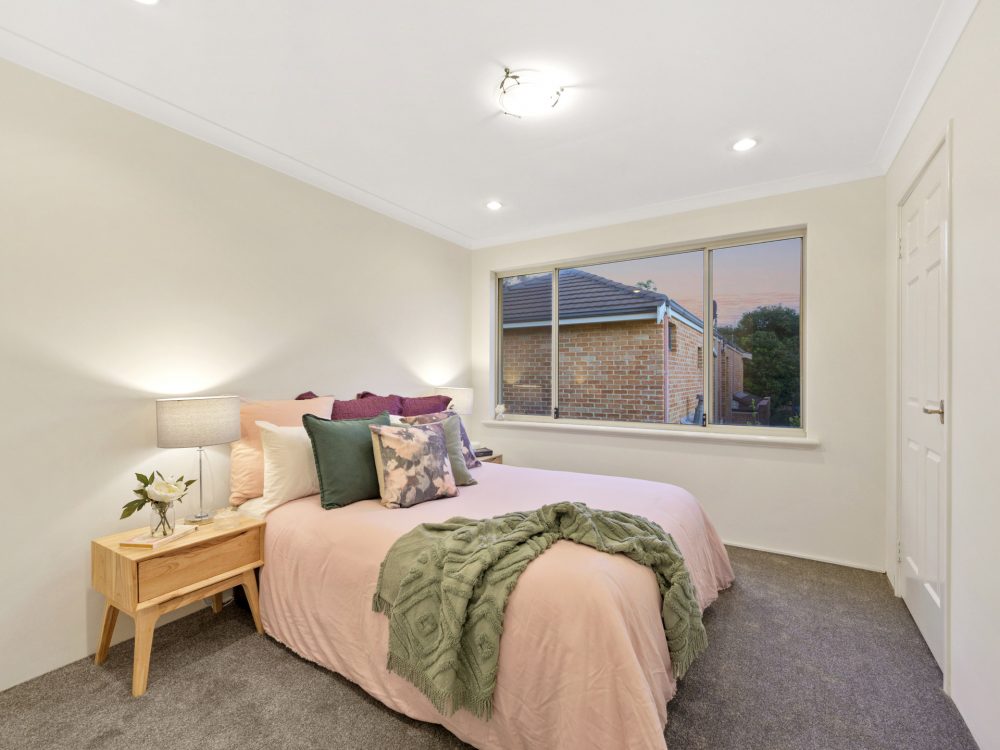 Next up, we had the carpets replaced. Remarkably, we had to have them cleaned before they were ripped out because they were soaked in cat urine. As you can imagine, the smell was intense, but it had to be done and the fresh new carpet made such a difference to the overall result. 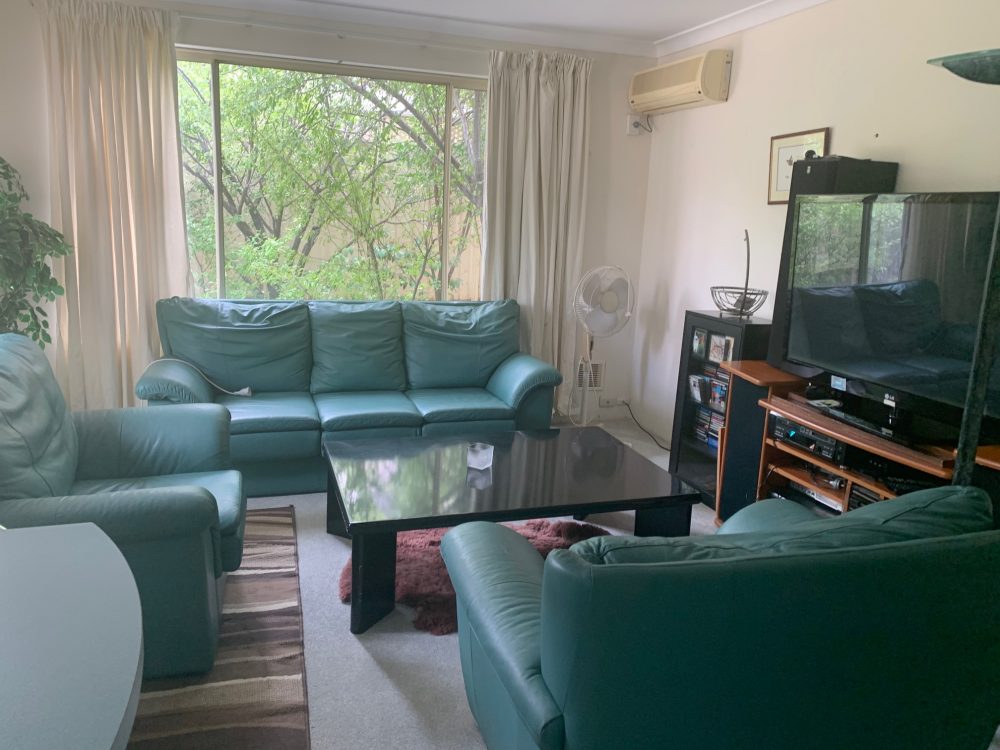 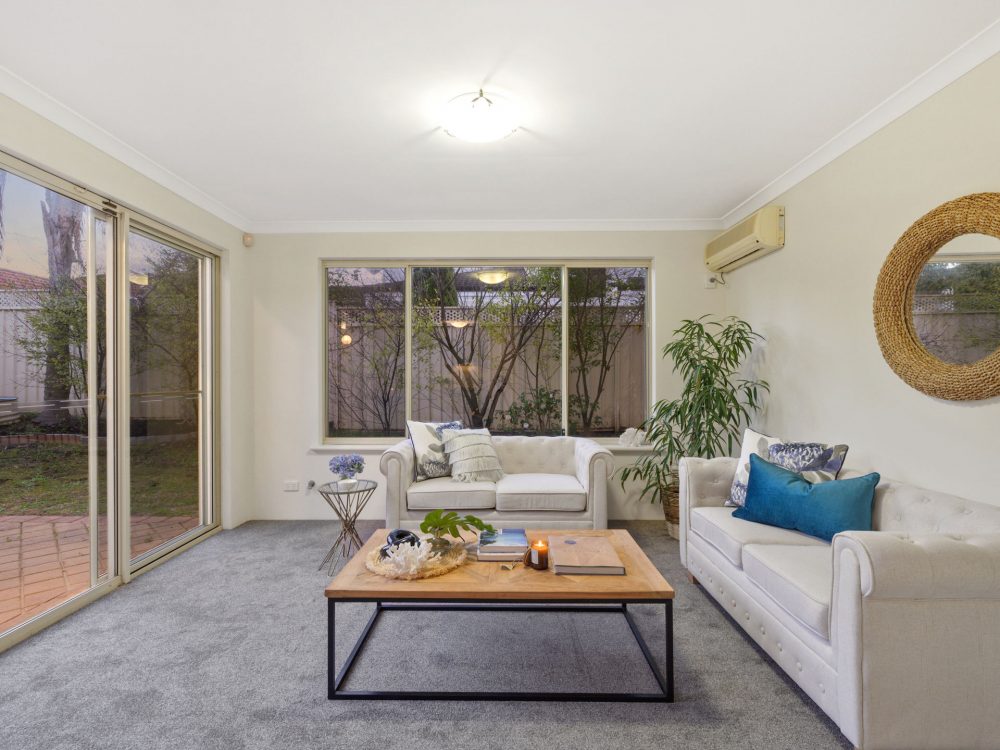 Afterwards we had the front of the house and the inside repainted – it’s truly remarkable the difference that paint can make. It’s one of the best, most affordable, tools in the renovation and staging toolkit. We also painted the bathroom tops which had incredible impact too. 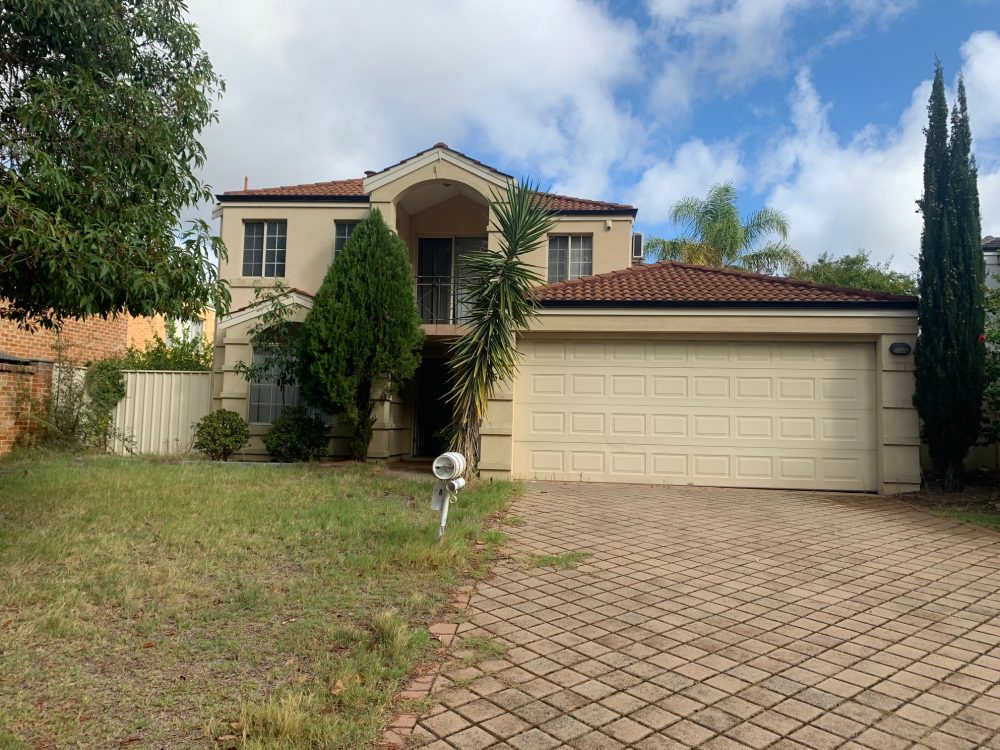 BEFORE The front of the home 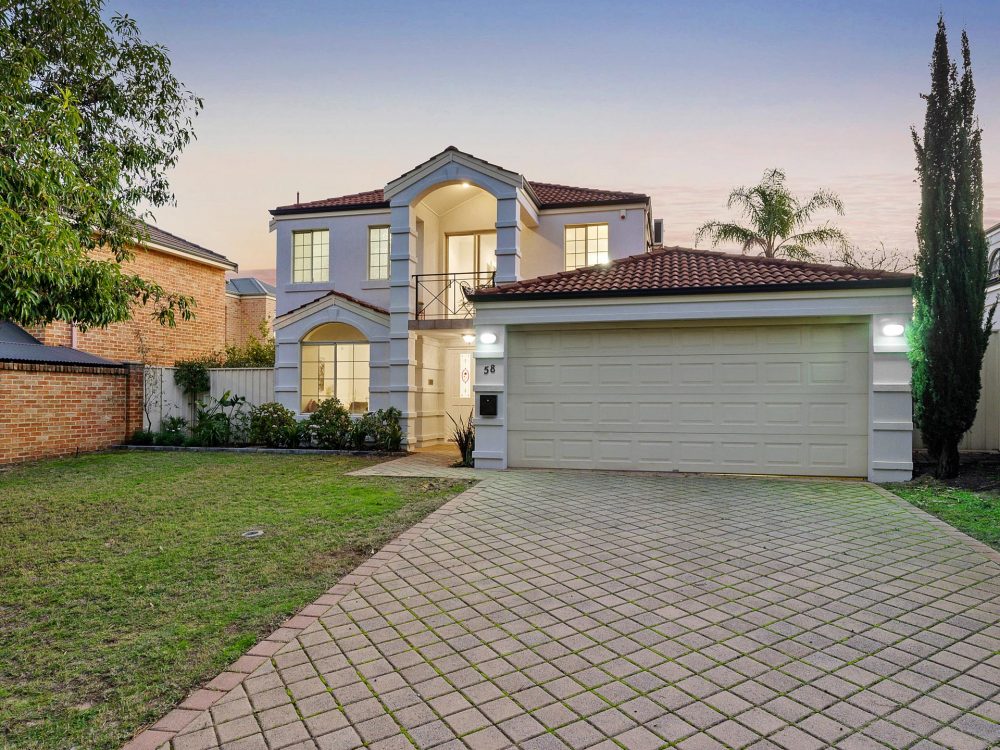 AFTER The front of the home 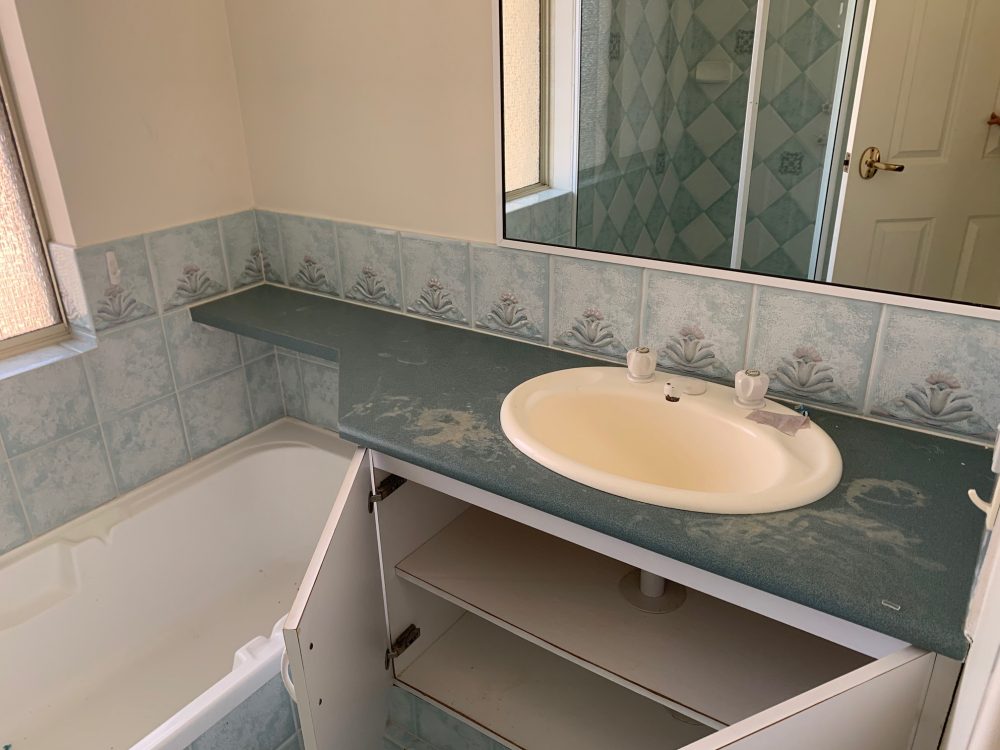 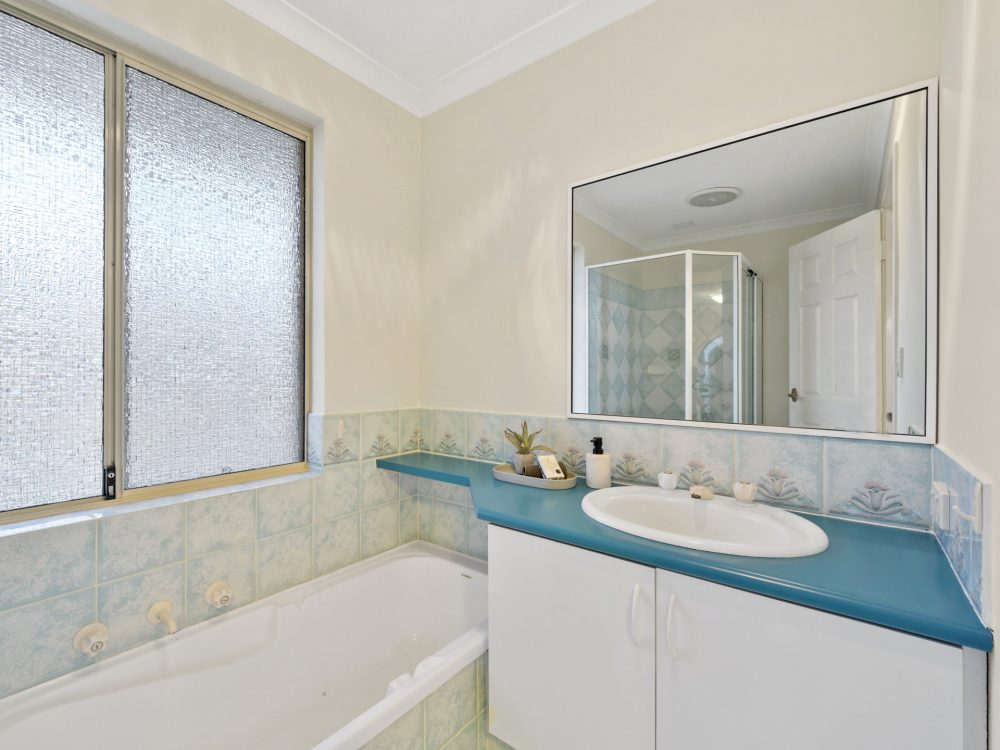 AFTER bathroom. We painted the bench top which really freshened the space.

We didn’t have the budget to replace the soiled window treatments so decided to sell the house without any; it wasn’t ideal but at least the new owners were able to select exactly what they wanted. 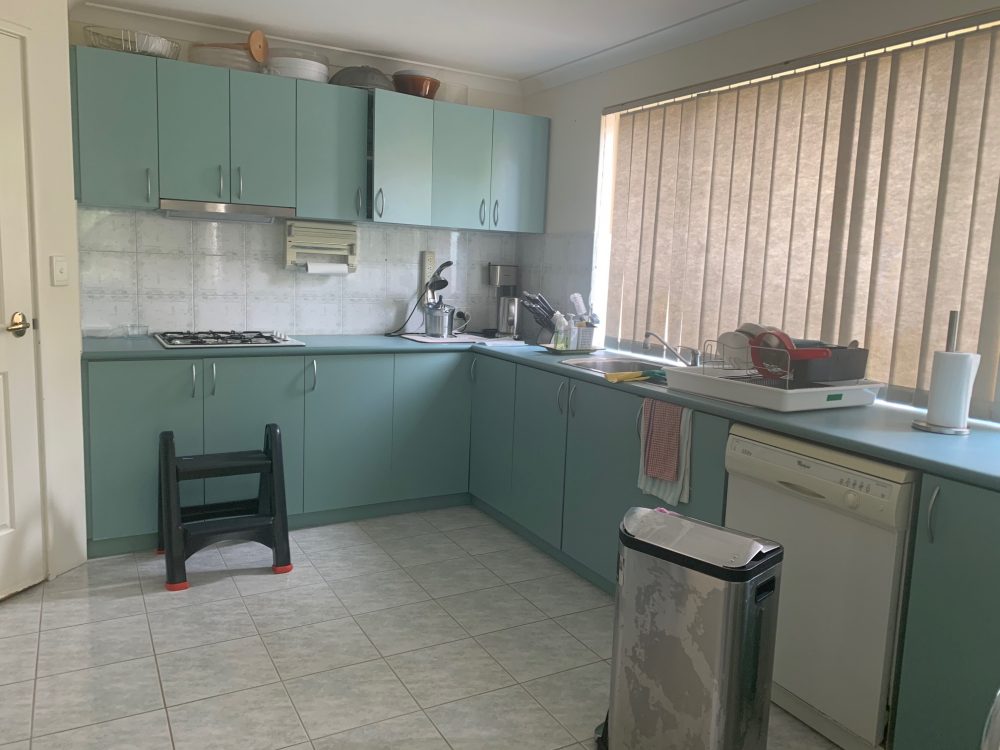 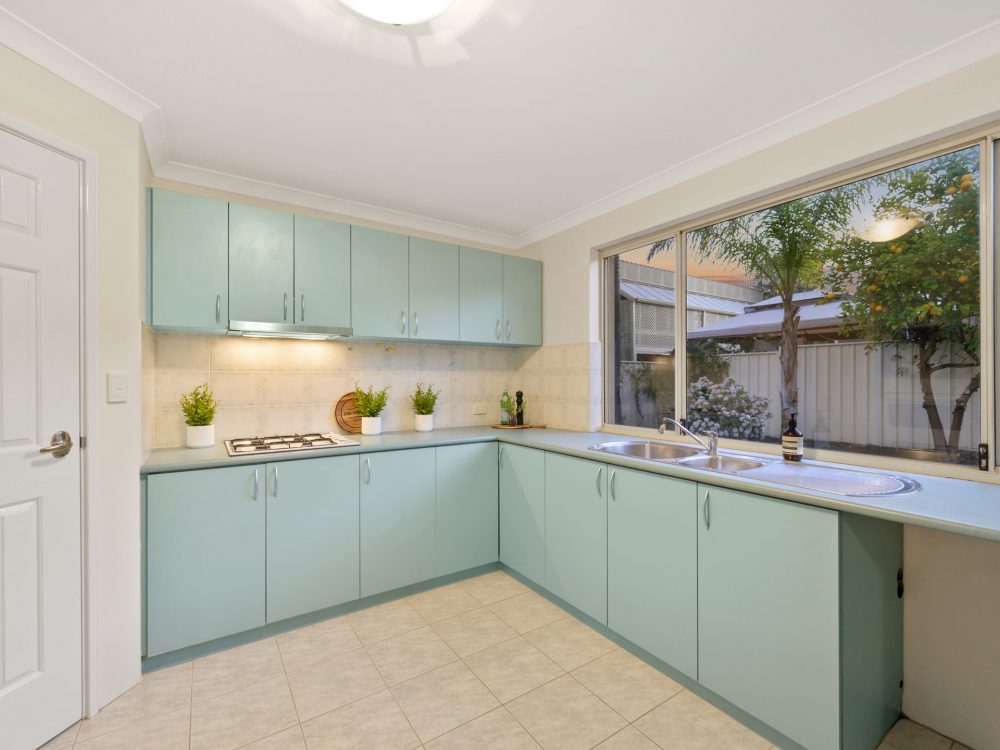 After much of the renovation work was done, it was time to head to our warehouse to source enough furniture and accessories to stage an entire home. We brought in everything from lounges to coffee tables, chairs, a dining table and lots of lovely styling objects. Everything was chosen to complement the existing home while modernising it and engaging as many buyers as possible. 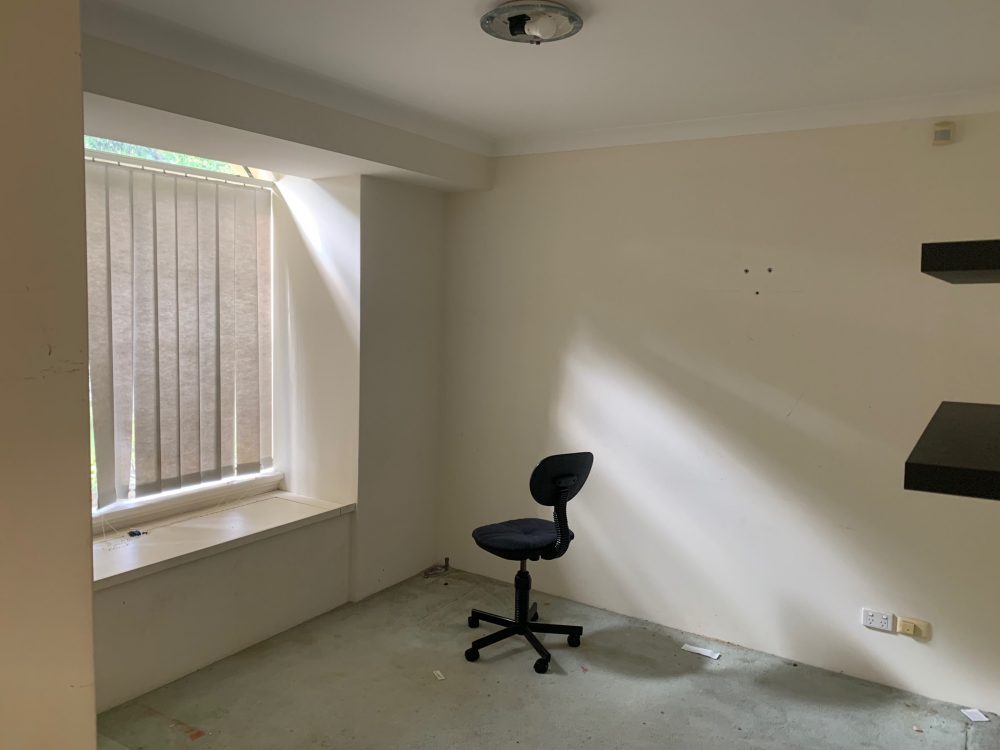 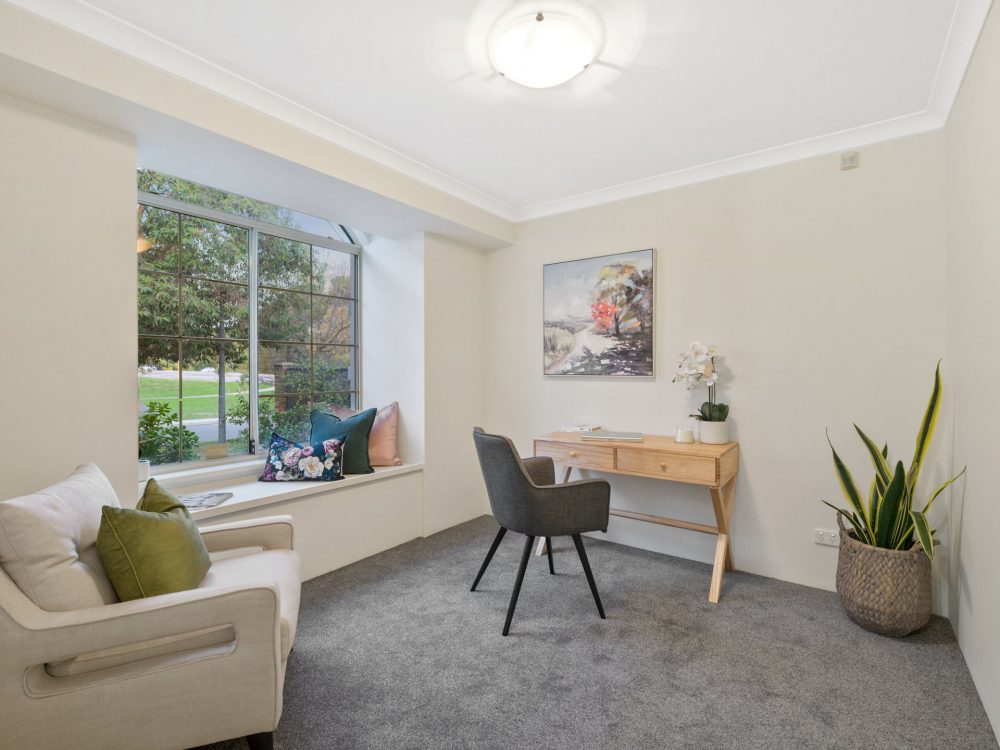 The final finishing touch was a garden makeover. A gardener was engaged to carry out a major clean-up before the front and backyard lawns were mowed and fresh flowers were planted. 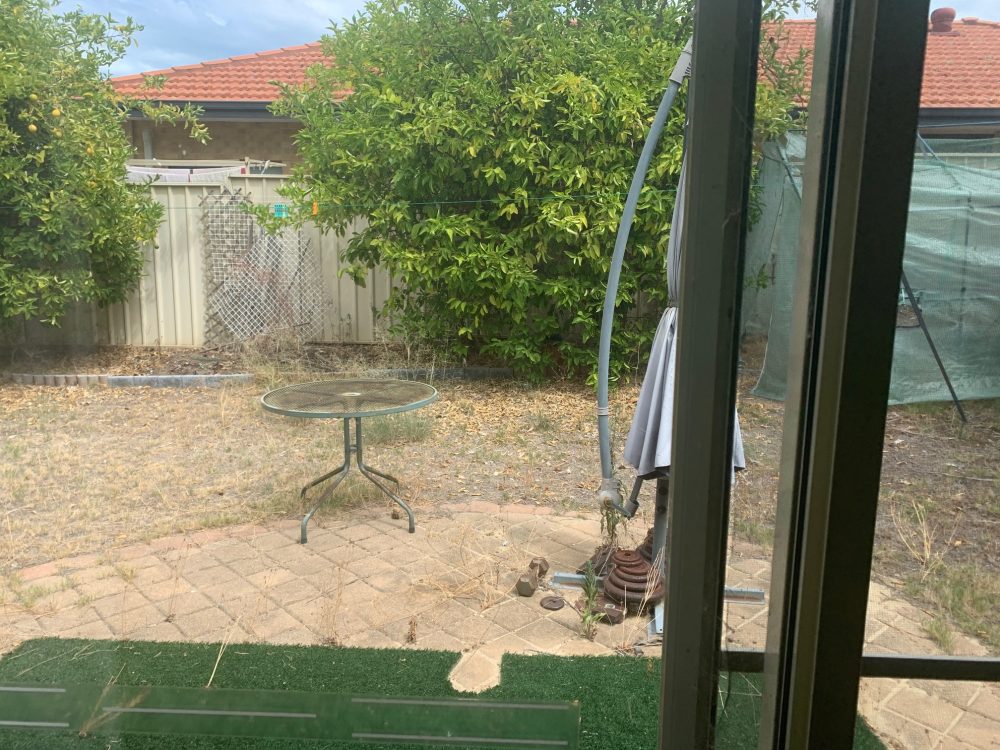 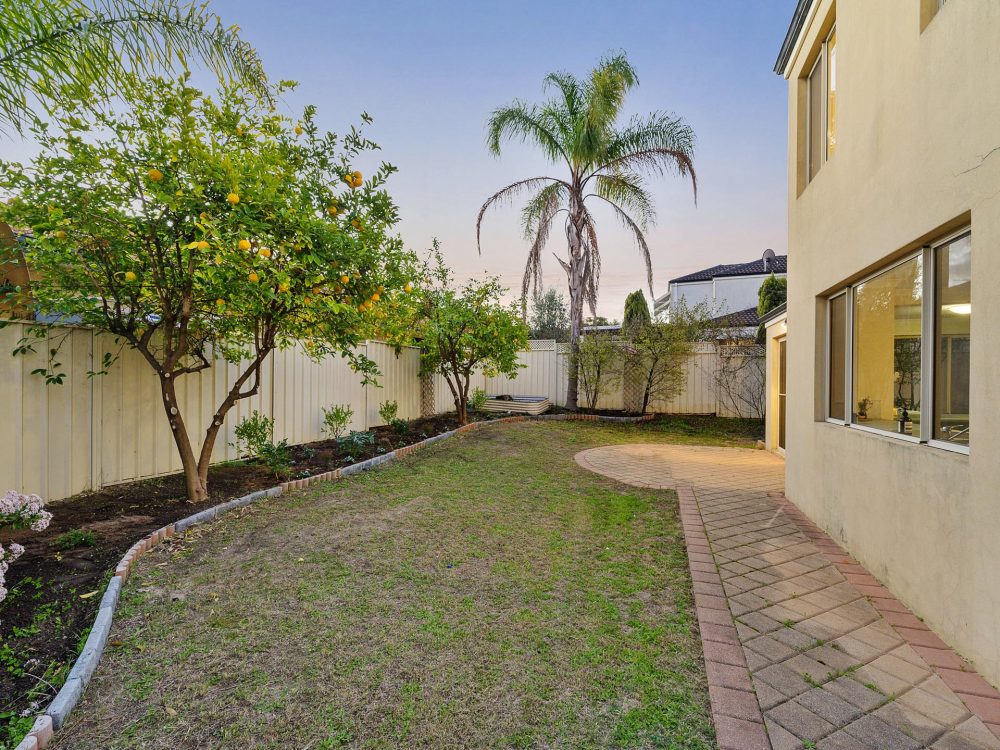 An incredible success, when the home was eventually listed for sale, we had people queuing outside the front door just to get in! And while it was a colossal effort to bring the house up to a saleable condition, our vendor was thrilled when the house achieved a fabulous sales result. 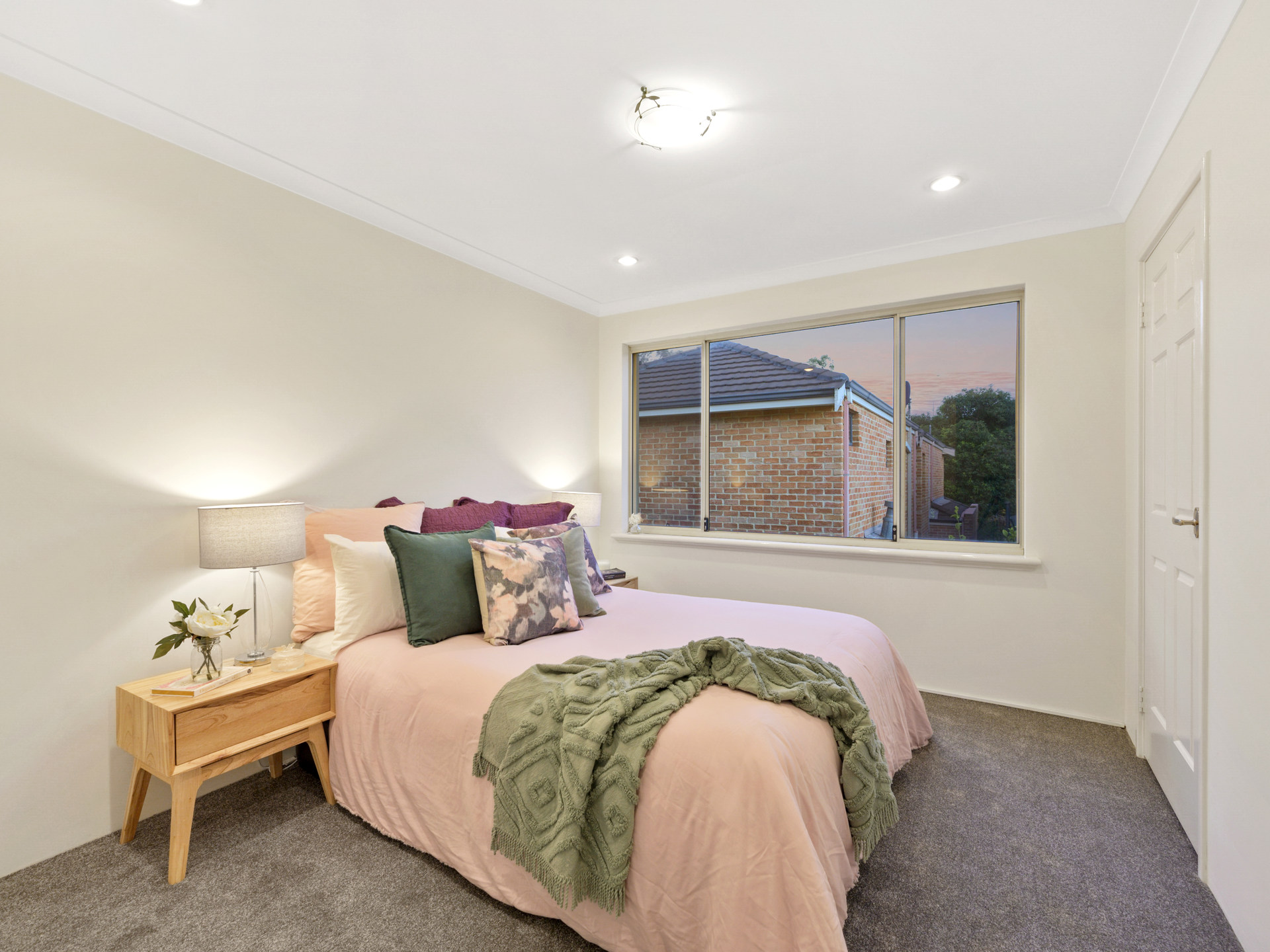